The Welsh Historic Gardens Trust joins the nation in mourning the passing of HM Queen Elizabeth II who dedicated her life to public service.

Throughout her reign The Queen planted more than 1,500 trees all over the world and enjoyed parks and gardens.

Her life has been long connected to Royal gardens, begining at Royal Lodge, Windsor, where she grew up and where her parents, King George VI and Queen Elizabeth, established a woodland garden.
On her sixth birthday the People of Wales gave her a miniature thatched Welsh cottage, Y Bwthyn Bach, or The Little House with its own small formal garden laid out in 1932, placed in the grounds at Royal Lodge- pehaps the Queen’s very first garden. 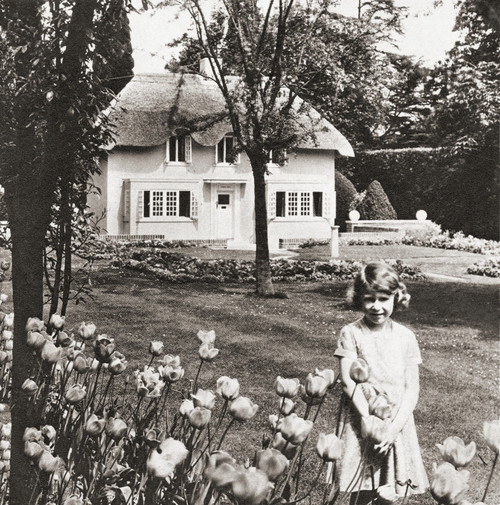 In 1940, Princess Elizabeth was photographed, with her younger sister, Princess Margaret Rose, in the grounds of Windsor Castle to promote the ‘Dig for Victory’ campaign. 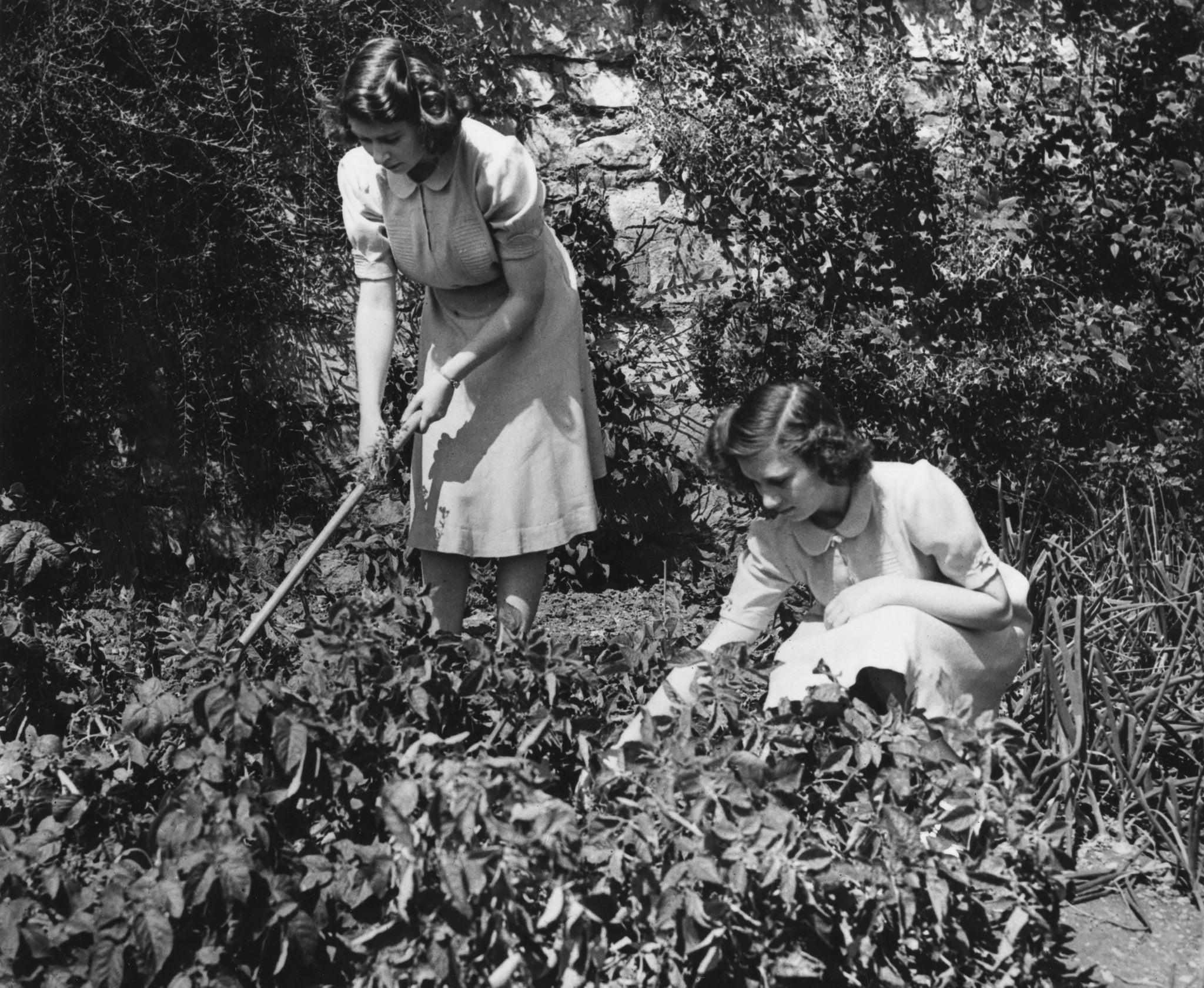 In 1952 The Queen became the Patron of the RHS on the death of her father, carrying on the royal dynastic association with the RHS which had begun in Victorian times. During the 2009 Chelsea flower show she presented our patron Prince Charles with the RHS Victoria Medal of Honour (VMH) – the Society’s most prestigious award – as a tribute to his deep interest and expertise in horticulture.

At  Windsor Castle, a new Jubilee Garden was commissioned In 2002, from Tom Stuart-Smith, the first new garden to be made there for many years.
Shortly before the Queen’s 90th birthday in 2016, her cousin, Lady Elizabeth Shakerley proposed a Birthday Garden at Frogmore House in Windsor Home Park, which has always been a private retreat for the Royal Family. The Birthday Garden was planted in the autumn of 2016 and spring of 2017, with a choice and varied mixture of trees, shrubs (many of them ericaceous) as well as roses.

In 2018, The Queen was filmed walking informally around the garden at Buckingham Palace in the company of Sir David Attenborough, for the ITV broadcast The Queen’s Green Planet, as they discussed the development of The Queen’s Commonwealth Canopy. This was an initiative of forest conservation and tree planting in the 53 countries of the Commonwealth.

2021 saw the launch of The Queen’s Green Canopy, an initiative led by Prince Charles, to plant trees throughout the United Kingdom in celebration of Her Majesty’s Platinum Jubilee in 2022.

During the Covid pandemic in the spring and summer of 2020 and to celebrate RHS National Gardening Week, a video was released sharing  the rhododendrons flowering in the garden at Buckingham Palace.
Her Majesty also broadcast a warm message of support for Virtual Chelsea, an online event to replace the live show, and chose lily-of-the-valley as her favourite plant, since it had featured in her Coronation bouquet.

One of the Queen’s final public appearances this year was in May when she attended RHS Chelsea Flower Show, exhibiting her usual enthusiasm for meeting exhibitors and viewing displays, as she had done for so many years and she will be much missed by all who share a love for gardens.